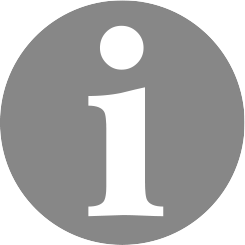 
– The New Investment Support Act that was passed in May this year has the potential to stimulate innovation and encourage domestic and foreign investors to invest in Poland. The area in which companies can receive tax breaks now incorporates nearly 100% of all investment areas in Poland. This is a fundamental change compared to the previous regulations. Colliers International, EY and the Polish Investment and Trade Agency (PAIH) have taken a look at the new law in their report “The Polish investment zone. Legal and organisational changes”.

Previously, systematic support for entrepreneurship in Poland was provided by Special Economic Zones (SEZs), which were set up by an act from 1994. They were aimed at accelerating the development of the poorest regions of the country, attracting capital and reducing unemployment. These plans have been largely achieved. In 1995-2017, thanks to SEZs, 2,000 companies were established in the zones, over 350,000 jobs were created and maintained and over PLN 120 billion in capital was attracted. An analysis of the value of industrial investment projects supported by the Polish Investment and Trade Agency in 2015-2018 shows that as much as 80% were located in Special Economic Zones.

Investors operating in Special Economic Zones were able to benefit from preferential business conditions, including income tax exemptions, provided that their investments were located in an SEZ. Territorially, however, the total area of SEZs was a very small area covering only 0.08% of Poland. This was a significant limitation for investors who were not able to take advantage of support for investments in the area they had selected. “Some looked for new areas for their investments, while some stopped their projects,” says Łukasz Pańczyk, Senior Associate in the Industrial and Logistics Agency at Colliers International.

Over the years and with experience, the provisions of the act of 1994 began to arouse an increasingly lively discussion. Both local governments and entrepreneurs, especially Polish ones, pointed out that that geography determines the ability to benefit from zone reliefs. As a consequence, they were unavailable to the vast majority of potential investors. Moreover, the fact that the provisions of the act were not linked with economic policy led to a polarisation and saturation effect. As a result, zones in economically well-developed regions started to gain special interest among businesses, which further fuelled their growth. On the other hand, poorer areas of the country, for which zones were supposed to be an economic stimulus, attracted fewer projects or projects with smaller capital that generated fewer jobs. As a result, they developed much slower.

Support with greater coverage
The government’s Responsible Development strategy was an opportunity to modify the existing regulations. In May 2018, the Polish parliament passed the New Investment Support Act, which is a tool for supporting entrepreneurs that is more adapted to contemporary needs and which takes into account many of their suggestions.

Firstly, the legislator provided them with greater flexibility about choosing a location. Under the new regulations, the Polish Investment Zone was created, under which, after meeting certain criteria, it is possible to obtain corporate or personal income tax exemptions in almost the entire country, and not only in separate zones. The amount of tax relief depends on the location of the investment and the size of the enterprise. The relief can be 10-50% for large companies, 20-60% for medium companies and 30-70% for micro and small enterprises.

“Areas with higher unemployment, small and medium-sized towns and rural areas will receive more support. In addition, aid can be granted not only for new projects, but also for the development of already existing enterprises, such as the creation of a new plant, increasing production capacity, introducing new products or implementing innovations. The exception is the Masovia Province, where only new investments can receive support,” says Paweł Tynel, Partner of the Grants and Incentives Advisory Services Department at EY.

One of the greatest advantages of the Polish Investment Zone is the much longer period of tax exemption. This particularly applies to projects carried out in Special Economic Zones or in the region with the highest (50%) aid intensity. The period of exemption in these cases is 15 years, and is therefore almost twice as long as the one granted recently in SEZs (8.5 years). The existing permits for operating in Special Economic Zones are valid until the end of 2026.

Experts also point out that businesses can apply for support for both production and service projects. With regard to the latter category, the range of activity that can receive a tax exemption has been extended. Significantly lower quantitative criteria, for example, the minimum value of investment outlays, apply to research and development projects, as well as to modern business services. The initial level of eligible costs was also reduced for micro, small and medium enterprises in the range 80 to 98%.

Poland is more competitive
According to experts, the new law also improves Poland's position in the competition for foreign investments in the region. Our main competitors for investment projects – The Czech Republic, Slovakia and Hungary – give foreign investors a tax exemption throughout the country, excluding the most developed areas around the capitals.

“The objectives of the Polish Investment Zone will help to build Poland's investment competitiveness in Europe. In particular, the qualitative criteria of the new instrument encourage investors to implement projects that create high-paid jobs, export sales and that cooperate with research and development units. The new zone allows PAIH to attract investments that will ensure Poland's long-term growth and economic development,” says Tomasz Pisula, president of the board of the Polish Investment and Trade Agency.